When he was 31 years old, Michael Silberbauer was demoted to the under-21 side of Swiss club BSC Young Boys.

It could have been a big blow to a player who had been in Denmark’s squad for the 2012 Euros a year earlier. Instead Silberbauer approached it with a good attitude and discovered he enjoyed working with the young players.

“I was put in the under-21s. I didn’t know what to expect. I thought I would have to move on to another club. I promised myself that I would go down to the under-21s showing these kids what it would take to be a first-team player. As it turned out the kids taught me a lesson,” Silberbauer said. “Those kids started asking questions and I saw them getting better. I went home one night and said ‘I don’t want to be a player any more, I want to be a coach. I want to see these players getting better. I want to see these players evolve.’” 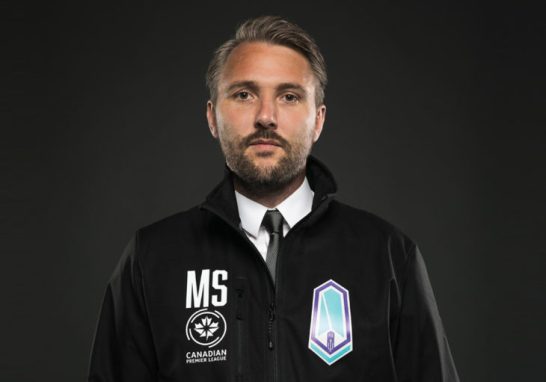 The Young Boys U21s were a pretty impressive group and featured Atlanta United Josef Martinez, Wolfburg’s Renato Steffen and Florent Hadergjonaj, who is the new right back for English Premiership side Huddersfield Town. Silberbauer is an assistant coach with FC Luzern and though Young Boys won the league title ahead of them, Silberbauer enjoyed his former teammates’ success.

“Even though we are competing against each other now it made me so proud to see some of these players played an important part of the team that became Swiss champions,” Silberbauer said. “Some of them made the move to the Bundesliga in Germany and one of them is in playing in the Premier League today. I’m proud. That is what actually got me into coaching.

They didn’t do it because of me. Don’t get that wrong. It takes hard work and you have to do that yourself.”

Silberbauer is looking forward to working and developing a lot of young players in Canada after being named the first head coach of Pacific FC.

“The biggest factor (in taking the job) was the chance to build something, to give kids a chance,” Silberbauer said. “That’s something that speaks to my heart. That energy that young players have, that willingness to learn, that’s something that’s very important to me. I couldn’t see a better opportunity than coming over here and giving people a chance.

“As an outsider I see the potential here. It’s massive. I come from Denmark. We only have six million people. You have cities as big as that. I think the Canadian Premier League is going to be a huge platform.”

““To bring Michael over was not an easy thing. He had a lot of exciting options, but we were able to use our relationship, influence and wonderful location here,” Simpson said.

Silberbauer began his career with Aalborg BK in Denmark in 2000 before transferring to FC Copenhagen. He moved to the Netherlands and became captain of FC Utrecht before moving to Switzerland where he played for Young Boys in Bern. He went on loan to Odense Boldklub in Denmark.

Silberbauer was a central midfielder, but played primarily as a left back for Denmark where he amassed 25 senior caps.

He finished his career at Biel-Bienne in the lower levels of Swiss football and also began his coaching career there as an assistant. Silberbauer is an assistant coach with FC Luzern, one of the top clubs in Switzerland and will reportedly fulfill his contract with the club until Jan. 1, 2019. He began with Luzern as a video analyst in April of 2016 and is now René Weiler’s first assistant.

“To say he’s a shooting star in terms of the young, up-and-coming talents in Europe is not far-fetched,” Simpson said.

The Pacific FC front office has a list of more than 100 names of Canadian players who are playing outside of the country and are interested in returning to play in the Canadian Premier League. Silberbauer wants a team that is reflective of Vancouver Island and the people that live there.

Silberbauer said that first and foremost, it was important to get a relationship with his players and the young talent on the island that will be coming up. As opposed to having a strict tactical approach, Silberbauer wants to ensure they bring in the right type of people.

“To me it’s more important that we get the profile right,” Silberbauer said. “I want to be an offensive coach, but the football today is getting more and more complicated. We want to be flexible. I like action. I like a direct style, that something is happening and there is something to be excited about in the stands. We want to play attacking football. That’s the most fun, right?”

In addition to hiring Silberbauer, Pacific FC announced that James Merriman has been named Silberbauer’s first assistant coach. Merriman was the head coach of the Vancouver Whitecaps under-15 residency team and has also been an assistant with the Simon Fraser University men’s team in 2012-13 and at Vancouver Island University from 2009-11.

“To continue with our theme of developing Canadians, we’ve hired an up-and-coming talent in B.C. He’s been with the Whitecaps developing the youth for the last seven years,” Simpson said.

Silberbauer is the first head coach in Canadian Premier League history who is not a Canadian citizen.

“Throughout our process we were amazing by the quality and the calibre of the domestic and international coaches who were very interested in becoming part of this organization,” said Pacific FC CEO Rob Friend. “In our search we wanted to find someone who could develop the technical foundation to support the growth of the game in this region as well as our country; someone with international experience and a global perspective, but someone who is passionate about growing the game here locally in the community.”

Friend felt that just as having experienced foreign players will be a good influence on the young domestic talent, having a head coach with international experience will help develop local coaches.

“When were choosing Michael we went through a list of over 100 coaches,” Friend said. “We wanted to have a combination of a local coach like James Merriman… and compliment him with someone like Michael. Having some international experience as a coach will help develop our local coaches as well, so we feel that’s helping grow the game in Canada.”

Pacific FC will begin play in the CPL in the spring of 2019 at Westhills Stadium in Langford, B.C.

One thought on “Silberbauer brings passion for development to the Island”