The Canadian Premier League web site has launched a countdown clock for a Friday morning announcement.

The CPL trademarked a series of possible team names on April 5. After discussing logos in the first part of this three-part series on branding, that seemed like a natural place to go next.

When it comes to naming sports franchises, the name matters the most at the beginning and less and less over time. The more you hear or read a name, the less ridiculous it sounds. Whereas, a bad badge or a tacky kit will only seem worse the more dated it gets.

Put another way: what causes scorn and ridicule at the unveiling will seem perfectly normal eventually.

Toronto Raptors is possibly the worst name ever used by a major sports team in North America that they didn’t inherit (though I have time for anyone wanting to make a case for the Browns). It was totally nonsensical (you’re naming a basketball team after one of the smallest dinosaurs?) and instantly dated — and chosen by the fans in a poll out of 11 finalists, so let that be a lesson on the wisdom of the crowd.

Had anyone heard a velociraptor called a “raptor” before Jurassic Park came out in 1993? Before that movie, most people’s dinosaur knowledge probably didn’t get much beyond the tyrannosaurus, brontosaurus, stegosaurus or triceratops. While it was unique, naming a sports team after a suddenly trendy, long-extinct reptile seemed like a questionable choice.

There was briefly talk about rebranding in 2013 when Tim Leiweke joined MLSE, but nearly 20 years after the unveiling the name didn’t have much real opposition and was part of the sporting landscape.

The Utah Jazz and Los Angeles Lakers are transplanted names from New Orleans and Minneapolis and make no sense at all. However, if you’re like me and you knew who the Utah Jazz were before you really knew what jazz was or what Mormons are, then it has probably never felt particularly alien to you.

That all leads into the list of potential Canadian Premier League franchise names that were unearthed by a trademark search earlier this month: Calgary FC, Cavalry FC, Founders FC, HWFC, Port City FC and York9 FC. They join BCFC which was also trademarked in the fall and is believed to also be a possibility.

It’s worth remembering that before Toronto FC was launched, the name Inter Toronto FC was trademarked and caused a bit of consternation in various online communities. In the end there was a five-name poll and Toronto FC gained 40 per cent of the vote. The poll wasn’t binding, but helped pave the way for MLSE to use it as the team’s name.

So while all of these names may not be etched in stone, we do know that York9 FC will have an official launch on May 10 at Vaughan city hall.

My initial reaction was that it wasn’t terrible, but wasn’t great. That being said it’s growing on me a little. The number is a little different and that’s probably a negative in some eyes, but I think it makes it a touch better than merely York FC.

It recognizes the nine municipalities that comprise the York region north of Toronto and globally it helps give it a little more of a distinction from England’s York City FC which is currently playing non-league football, but had been as high as the old Second Division at one point. To be honest though, when I first saw York 9, I wondered if some day there will be justice for the York 9. Or perhaps the York 9 penned a manifesto that I studied in a third-year PoliSci class.

If Drake can make “the 6ix” a thing with the Toronto area code, there’s no reason why York9 can’t make “the 9ine” a thing too as it ties into the 905 area code that covers much of York.

Halifax Wanderers (HWFC) is a great name even if it didn’t have the history associated with it. The team plans to play on the Wanderers Grounds site used by the Wanderers Amateur Athletic Club at its inception in the 1880s. That makes the name a no-brainer, but credit to the league for not over-thinking it. Sports & Entertainment Atlantic and Halifax regional council inked three-year deal Tuesday to put a temporary 6,500-seat stadium on the same historic Halifax Commons site site.

Port City FC is a great example of a traditional-sounding name that benefits from a little outside-of-the-box thinking. It walks the fine line of sounding traditional while also being unique. I am sure there are better names out there, but as a concept, it is almost exactly the sort of name the league should be searching for. Is it too early to start calling them the “Portsiders”?

The only downside for me is that it seems to be earmarked for the team based in lower mainland B.C. If that team ultimately ends up in Fraser Valley it feels like a less ideal fit than it would for a possible Victoria team (particularly is they do end up playing in Langford). Still, the name is a winner.

Cavalry FC is a passable name for a team, particularly if they had the city name ahead of it. Of course, Calgary Cavalry doesn’t work. In fact even trying to say Calgary and Cavalry in the same sentence is a little cumbersome.

I think given the choice I’d just opt for Calgary FC as opposed to Cavalry FC, but it’s close to a dead heat.

I understand what they’re going for with Founders FC, but to my mind it just doesn’t work. Putting the place name in front — Hamilton Founders FC — helps… but not enough in my opinion. I hope they go in a different direction.

The proximity between Founders FC and the term ‘foundry’ gave it another tie to Hamilton it’s history in the steel industry. I was thinking that if the two words had the same Latin root that might be an interesting path to take, but it appears that they don’t.

It is definitely my least-favourite of the names put forward. However, if Bob Young wanted to call Hamilton’s team Red Hat FC or the Hamilton Youngfellows — given how elemental he and Scott Mitchell have been in getting this league off of the ground — I wouldn’t complain too loudly.

Founders FC still isn’t a threat to unseat the Hamilton Fincups (named after owners Joe Finochio and brothers Ron and Mario Cupido) as the worst name in their local sporting history.

Soccer in North America has long struggled to find the right balance between falling in line with standard naming practices on this side of the pond and more traditional naming patterns in the sport. 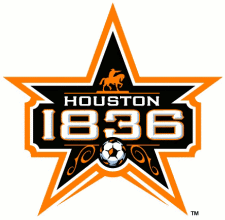 That has never been more evident than with Major League Soccer that began with names that were similar to past soccer leagues — to say nothing of box lacrosse, arena football and indoor soccer — and have now gone almost completely the other way every new team just tacks an FC onto their location.

It may be personal taste, but I find calling your team a “football club” when you play in Major League Soccer kind of goofy — not Real Salt Lake-level goofy — but a little too try-hard and faux authentic.

Yet, in that way, the naming of teams in MLS has fallen almost in lockstep with their trend in logos. The started out with over-the-top monstrosities (hello Wiz, MetroStars, Burn and Clash) that left you wondering if there was a good, original team nickname left on the planet. As the league evolved it then tried to skew traditional in the most middle-of-the-road way possible. They still managed to offer Real Salt Lake and initially tried Houston 1836 before realizing that trying to draw a latino fanbase with a name tied to the Texas Revolution may be a tough sell.

While the worst of the original names are gone, even questionable long-standing names like the LA Galaxy or Montréal Impact don’t seem that odd with more than 20 years of history behind them.

As long as it isn’t offensive — and in this day and age that seems like a given — a team’s name or nickname isn’t likely to be that big of a deal.

The Canadian Soccer League went all-in on the sort of concept names that were all of the rage in the ’80s and ‘90s: Intrepid, Vistas, Supra, Fury, Spirit and Lasers. The Brick Men and Kickers weren’t trendy, just bad, and National Capital Pioneers was cumbersome.

Given that or a table full of City FCs, I would gladly welcome our new football clubs.

I do think the standard city and nickname convention in North America works fine and doesn’t need to be feared. I especially don’t understand the reason to add FC at the end of those names either beyond differentiating the Whitecaps of the NASL with the Whitecaps FC who are in MLS. But the does anyone call them the Columbus Crew SC or the Ottawa Fury FC?

In some ways new sports teams are falling into the same trap as a lot of parents. They’re trying so hard to be unique that we have first grade classrooms with a Paxton, a Daxton and a Jaxon and no Johns.

When brainstorming about really basic, simple team names it occurred to me that the name “Bears” is shockingly under-used. There isn’t a single significant team (that I can think of) in Canada called the Bears. There’s the Alberta Golden Bears. That’s it.

One U Sports team qualified by an adjective. No professional teams, no major junior hockey teams and only the Smith Falls Bears in the Central Canada Hockey League — one out of 132 junior ‘A’ hockey teams — use the name.

Of course there are the NFL’s Chicago Bears, plus the Cubs, Bruins and Grizzlies in the “major” sports. There are Grizzlies, Grizzlys, Kodiaks and the Silvertips in junior hockey and football. The Hershey Bears are a long-standing franchise and in the NCAA the Baylor Bears and the Cal Golden Bears are in major conferences. Still compared to lions, tigers, wildcats and even huskies, a basic name like bears is actually under-represented.

For all I know the NFL would sue anyone trying to use one of their current names, but it does seem extremely odd that in Canada the name Grizzlies is much more popular than Bears. I am not specifically arguing for a “bears” team; merely making the point that there are still simple nicknames that could be used. Particularly for a league that wants to endure, a timeless name wouldn’t hurt.

Using a strong image like a bear — or a type of dog or a dragon or something else under-used that might fit — in the logo would be a strong branding opportunity. Even if a club opted for a stand-alone name – like BCFC, for example — and used a bear as part of the logo, it would figure that the name might catch on the same way Toronto FC has grabbed onto “the Reds.”

Perhaps that is the best-case scenario for the naming of a team: keep it simple and hope time, fate – or even a rally-inducing rabbit — will allow a nickname and club culture to spring up organically in the ensuing decades.