When John Herdman takes charge of the Canadian men for the first time Saturday against New Zealand in San Pedro del Pinatar, Spain, he will be the fourth man to do so in the last 18 months. 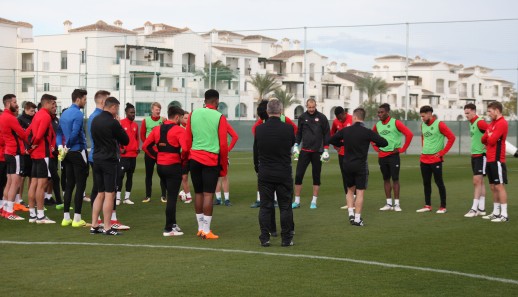 The 42-year-old Englishman will lead a Canadian side that is missing some of its biggest names into their closed-door friendly. New Zealand is missing the majority of its first-choice starters and looking to give first caps to as many as nine players.

With that in mind, it’s a long way from being any kind of measuring stick for the Herdman era, but history shows that there is still a lot that can be learned from a new manager’s debut friendlies:

— Holger Osieck showed a bias towards club pedigree in his first camp and introduced his preferred 3-5-2 immediately in a pair of training matches against German club teams.

— Benito Floro opened with two goalless performances in closed-door friendlies against Mauritania. His squad began in a 4-4-1-1 before later reverting to the 4-1-4-1 that he slavishly adhered to. The lack of goals may have been an omen for the Floro era, but seeing Russell Teibert playing as a forward in Floro’s first match was also a sign of the Spaniard’s penchant for plugging players into unfamiliar roles.

— Frank Yallop only had one real international friendly to prepare before World Cup qualifying began, but he wasn’t afraid to give young players a chance and started Julian de Guzman (23), Iain Hume (20), Atiba Hutchinson (21) in his midfield against Wales. That trend continued in qualifying as 17-year-old Jaime Peters and 21-year-old Josh Simpson each appeared in five of the six semifinal round matches.

While some of his selections are out of necessity, his first team will likely have some similarities to that of departed manager Octavio Zambrano — to say nothing of the Canadian women’s teams that Herdman managed for eight years.

Zambrano’s brief tenure was defined by a desire to attack. During his time with the women’s program, Herdman moved the program closer to adopting a modern style of ball possession and playing out of the back. He took players with pace and ability on the ball and tried to find a space for them within his system.

At the end of the Herdman tenure, the Canadian women were using a back four with fast, attack-minded outside backs, a ball-winning midfield destroyer in front of them and then some variety and fluidity from the other midfielders and forwards depending on the opponent. If he does something similar Saturday it may not look all that different from the team that Zambrano sent out at the 2017 Gold Cup. 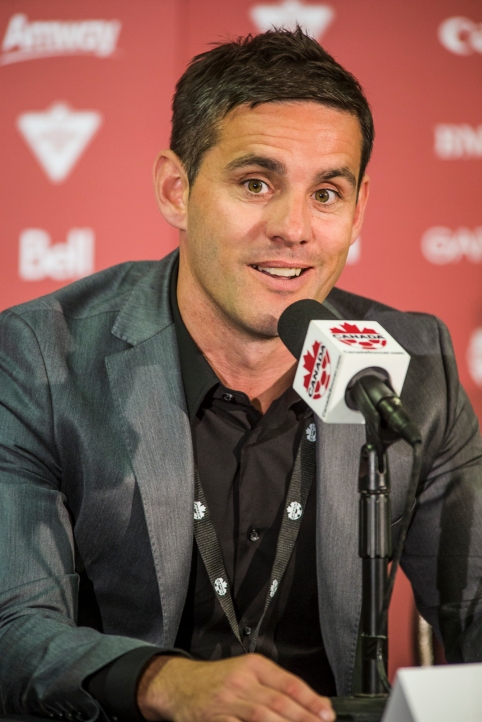 Herdman made the bold decision to take an attacker like Josée Bélanger and move her to right back as a late replacement for Rhian Wilkinson at the 2015 Women’s World Cup. Another attacker, Ashley Lawrence, has been converted into a left back. It was a surging Lawrence run that led to Canada’s opening goal in bronze medal game in Rio in 2016.

Zambrano gave Michael Petrasso his international breakthrough as a right back and gave both of his outside backs license to get forward. There’s no reason to think Herdman will be any different. If Herdman is looking for a Desiree Scott to sit in front of the back four and win balls, Sam Piette is ready to fit the bill in the same role he played in Zambrano’s system.

Herdman typically played a 4-3-3 with the women’s team, but opted for more variance and tactical versatility — partly a byproduct of having so much time with his players — than any men’s coach in recent memory. From using Christine Sinclair as a false nine, to changing to a 4-4-2 diamond that just re-arranged the three attackers, the criticism Herdman has received in some quarters for being a tactical neophyte doesn’t align with the reality of his women’s teams.

With that in mind, the midfield will be the most interesting area tactically to watch Saturday.

One of Herdman’s strength is his organization and his vision. He has a plan on how to get Canada to Qatar in four years time and much like Zambrano has shown he isn’t afraid to bring young players into the fold. To that end, outisde back Marcus Godinho and central defender Derek Cornelius — both 20 — earned their first senior camp invites to see if they are close to offering something to help an aging back line. It is probably unreasonable to expect too much from 18-year-old forward Liam Millar until he makes a professional breakthrough, but it’s clear Herdman eyes are already fixed on Qatar.