In the week since they have been sanctioned by the Canadian Soccer Association, the Canadian Premier League has gained valuable momentum.

“I knew the soccer fans would be really engaged, interested and excited by this, but what has really been heartening is that the media response has been great — and not just in the major centres but across the country,” said Canadian Premier League project manager Paul Beirne.

The response in the soccer community has also been bullish.

When the CPL was officially sanctioned on Saturday, May 6 at the CSA’s Annual General Meeting, Beirne noted that there were 10 cities and ownership groups seeking franchises that the league were doing their due diligence on. That number has now grown to 12. There are also three more prospective groups who have expressed interest and are seeking more details about the league’s business plan and structure. 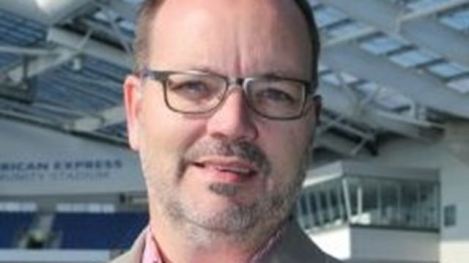 “Since we have come out with this information we have received two more expressions of interest, so it’s up to 12 now,” Beirne said. “We’re just starting our relationship with those two new ones, but it’s exciting. I would say that there are three others that are marginally expressing interest and need to know more. We’re starting a relationship with more potential owners. That is exactly what we wanted to achieve: to unearth people that we hadn’t been able to find yet, people who are passionate about the game, who have a desire and a vision and gravitas in their community to be able to move this forward.”

The CPL has given itself a 60-90 day window to finalize which franchises will be ready to take part from the start and then when the league will be ready to launch. A six-team launch in August of 2018 seems like the likeliest scenario at this point, but Beirne said nothing is concrete at this stage.

That timeline isn’t to suggest that the CPL is beginning the process of investigating their ownership groups in the next two-to-three months. That work has been ongoing for a number of months.

“We’re really excited,” Beirne said. “The group of 10 are all really checked out. I believe all of them, if things go their way in their communities in terms of city councils giving them approvals and so on, if those things happen, all 10 of those expressions of interest will come to fruition in time.

“We just want to be careful that we’re setting ourselves up for success and are choosing our partners and communities appropriately.”

Hamilton and Winnipeg were both confirmed as franchises at the CSA’s AGM. Each team will be run by their respective Canadian Football League teams: the Hamilton Tiger-Cats, owned by Bob Young, and the Winnipeg Football Club which operates the Blue Bombers.

Since that announcement, more interested parties have been a little more public about their goals of landing a team in the league.

Barry MacLean, soccer agent and president of K-W United FC, spoke about goal for a team in Kitchener-Waterloo, Lee Genier has come forward about his interest in helping bring a team to Saskatoon or Regina.

Genier was the president of the Saskatchewan Rush of the National Lacrosse League after they moved from Edmonton to Saskatoon. The Rush won a second straight title in 2016 and averaged

11,737 fans per game in that first season and 14,921 in 2017. Before joining the Rush, Genier had spent 18 seasons working for the CFL’s Calgary Stampeders and has also been vice president of Bobsleigh Canada Skeleton.

Even before the formal league announcement, Sports & Entertainment Atlantic have also out front in terms of their desire to operate a franchise in Halifax. Much like Genier, SEA also have financial backers behind them.

“We’re already deep into due diligence on most of our partners. We had them all up to Whistler when we had the CSA Annual General Meeting,” Beirne said. “It’s a great group and they’re all getting to know one another. It’s a real privilege to be part of the birth of a league. And this isn’t just a business opportunity for these people, it’s a passion play. We’re setting up something that is for the next 100 years. There’s a lot of thought, a lot of hard work and a lot of slow and steady deliberation. We’re not doing anything too fast or too flashy.”

While it is unlikely that Winnipeg and Hamilton will be the only franchises owned by a group with experience operating another professional franchise, the fact that they have that infrastructure and new facilities that have both hosted international soccer events made them logical first choices.

“They have an existing sports sales and marketing structure that they can layer upon,” Beirne said.

So what will make the difference between being an inaugural franchise versus coming in later or not being granted a franchise at all?

“It’s a combination of financial backing, facilities, business plan and professional readiness and then the community itself,” Beirne explained. “The last thing we want to do is rush to add teams and set them and ourselves up for hard times.”

Beirne was the first employee hired by Toronto FC in 2006 and therefore has experience in successful launches.

He feels there is a lot that the CPL can learn from Major League Soccer’s early mis-steps as they negotiated the North American soccer landscape and emerged as a success.

“I think it will happen faster for Canada than it did for the U.S.,” Beirne said “I like to say that MLS came of age somewhere around 2007-08-09 when they created the designated player rules, they brought David Beckham in, Toronto FC joined and changed the paradigm from suburban soccer families to more of an urban and traditional footballing support.

“It took 10 years for MLS to get there. We will end up going through similar challenges. We can learn from their experience, obviously, but can also expect to be on good, solid footing in fairly short order.”

It will be interesting to see how comfortably the CPL and the Canadian MLS franchises co-exist. Ironically, if the CPL does get off to a strong start, it may have the MLS to thank for helping spur interest in domestic club soccer in Canada.

“The foundation that the MLS teams in Canada have provided is that people don’t question whether a pro soccer team can survive in a Canadian city any more,” Beirne said. “Toronto FC proved it and Vancouver and Montreal only reinforced that. It’s flipped from skepticism about whether it will work to desire and anticipation for it to come to my community.

“We’re starting this league in a different environment than 10 years ago.”